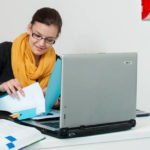 It’s not news that everyone wants to be rich in a fortnight. That’s why cases of fraudulent activities are increasing every day. Fraudsters have now turned to the ATMs to get themselves some good money. The conventional method these fraudsters use is referred to as jackpotting.

Now, you may be wondering how this is possible, but the truth is that it is possible and fraudsters are capable of sucking all of your money using this method. What they do is to install software onto automated machines so that the machines withdraw cash without any consent.

Most banks and financial institutions in Europe could have curbed the threat. Sadly, it’s becoming a nightmare in the United States, especially after the first jackpot attack was reported – that was in January 2018.

It’s no secret that the reason why automated machines are a prime target is that they have some good cash on hand. As if that’s not even enough, fraudsters have gone deeper to use SMS on new cardless ATMs to use stolen credentials to generate some money.

Now, the big question remains: how can banks enhance their security features to curb this rising trend? Is there anything that can be done? It is upon financial institutions to use strategic risk management approaches to reduce this increasing trend. If not, there is a likelihood that there will be severe losses in the future.

Even though ATM jackpotting could be on the rise, its cases are mostly of stand-alone automated machines like the big box retailers, pharmacies, or airports. But there is always a way to control or minimize such challenges. Financial institutions can opt to use countertop atm.

One of the best steps a financial institution can take is to make sure that they update all their operating systems and firmware if they need to keep their automated machines less vulnerable.

One of the common mistakes such institutions make is by running legacy or unsupported software which isn’t right. Instead, experts suggest that there should be timely updates to enhance security.

Another way the banks can minimize such fraudulent activities is by adopting application whitelisting. Besides, the banks can issue custom keys and code all ATM transactions. If the banks can utilize the best strategic practices, then they will minimize this dilemma that’s now affecting the use of automated machines.

To stay way safer, the banks need to train their staff because it is from the staff where the fraudsters get the credentials that they use to plant malware on the automated machine system. A report revealed that some Russian hackers used the same technique to steal as much as $2.4 million from the National Bank in Blacksburg.

The only way the automated machines are going to be safe is when the financial institutions remain vigilant. Besides, they should train their employees and create awareness for people.

Author Bio: As the FAM account executive, Michael Hollis has funded millions by using countertop atm solutions. His experience and extensive knowledge of the industry has made him finance expert at First American Merchant.

Why CBD Tincture is Highly Preferred by People

Do you want to improve health and wellness? Do you wish to perfect items to get relief from different problems? Well,...

How To Perform Wudu and Its Importance

Wudu is the procedure that all Muslims take part in on a daily basis to cleanse themselves. It is a form...

Are you looking for a way to promote your social media profiles and make money?